PLAYING PRAISE AND WORSHIP IN THE MINOR 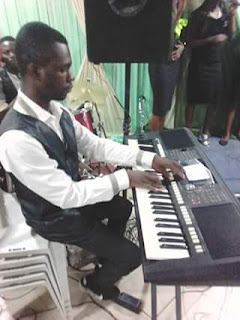 So for instance a singer might be in the KEY of C and overtime He/She might take some songs whose scale would be easily detectable in A minor scale.

There is this African call and response song Awesome God Mighty God…this song is in a minor key (I still hear some local church players approach the song as if it were in a major key which is wrong) you have to approach the accompaniment like you will do for other songs on major keys.

WE GIVE YOU PRAISE

WE GIVE YOU PRAISE
MIGHTY GOD

YOU ARE HIGLY LIFTED UP

YOU ARE HIGLY LIFTED UP MIGHTY GOD

HOW TO APPROACH A SONG

CALL, RESPONSE, ACCOMPANIMENT
TRY THIS ON YOUR PIANO ALONG WITH YOUR DRUMMER FOR THE WORROR GROOVE.

How to accompany a song or singer What do Half-step and whole step movement mean in music Welcome to Michael Phils Music where we bring you tutorials based on your favorite musical instrument. We blog about the piano, guitar, saxophone, trumpet and we also share tonic solfa's and chord progression of popular songs for your personal practice.
Contact us: [email protected]

Tonic solfa of “Someone you loved” by Lewis Capaldi

Tonic solfa of “One love” by Bob Marley

Tonic solfa of “Is this love” by Bob Marley

Function of the bass guitarist in the band