Home Piano Tutorials Singing and playing on different keys – Lesson 4
Facebook
Twitter
Pinterest
WhatsApp
Have you ever been in a choir rehearsal and the music director will tell the pianist to bring down the key to a lower one( in other words change the key) because it is too high for the singer.
So from the key of A, the pianist could change it to the key of F.
What does this tell us? 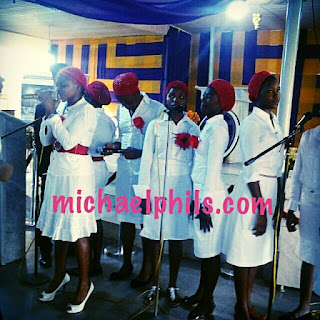 It tells us that a song can be sung on 12 different keys.
So as a pianist, you should learn to play on all the keys of the piano.
For a start I recommend that you first learn all you need to learn on a particular key that you choose. Some people might choose C, but don’t choose C; choose something else; especially a key that has a lot of black notes.
I started with C#, and I enjoy playing on C#. After you’ve learnt all you need to learn in this tutorials, then you can start practicing on other keys. Make sure you practice other keys ooo.
Most of us would later be exposed to the art of transposing. Transposing is a feature on your electronic piano keyboard that enables you to play other keys on the key you are very familiar with.
You might be called to play in a church, and lo and behold when you get there, you would be given a piano that doesn’t have the piano feature and the keys would be hard to press. Mehn, you’re in deep water. J. 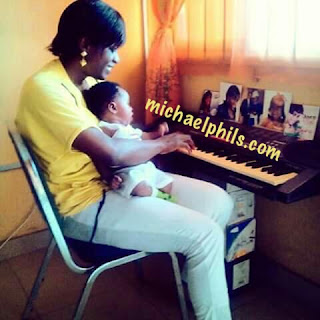 Let me briefly tell you how to find the key of a song
Let me encourage you by telling you that, you would get better at this as time goes on.

This video below illustrates how to find the key of a song on the piano:

Most songs start with Doh and ends with Doh. Some, especially minors start with lah and end with lah
Keep that in your mind ooo.
A song like baba, eshey oo baba, eshey oo baba, awa dupe baba; it ends with doh.
So whenever they are singing that song, sing it fast to the end and say the doh out loud so you can hear your self, then find that particular sound you said with your mouth on the piano.
If it happenes that the sound  is on the key of F#, then the key of the song is F#.
What about a song that starts and ends with lah; “awesome God” is an example of such songs.
Awesome God, mighty God, We give you praise, awesome God. You are highly lifted up, awesome God…….and so on and so forth.
The song ends with lah, so whenever they are singing the song in the church, try to sing it fast to the end and say the lah, then find the sound you are singing out on the piano, once you get it, trace it to the doh.
Once you get the doh of the song, that will be the key of the song. If the doh falls to the key of G, then the song is sung in the key of G.
Now I know the question in your mind is:
How do I get the Doh when I know the Lah?
That question will lead us into deriving our major scale
First of all a scale is a sequence of notes played one after the other
How do we derive our major scale?
This questions brings us to something we call Tones and
Semitones
Tones and semitones can be likened to what we call Wholenote and half note
So,
Tone = whole-note
Semitone = Half-note
Tone =  T
Semi-tone = ST
Whole-note = W
Half-note =  H
Tones, semitones, Wholenote and half note are all distances on the piano.
A semitone distance is the distance of one note to the next immediate one e.g C – Db, E-F e.t.c
A tone distance is double the distance of a semitone e.g C – D, D – E e.t.c
So to derive the major scale this is the formula to use:
T              T              ST           T             T              T              ST
Look at this illustration below to get a better understanding