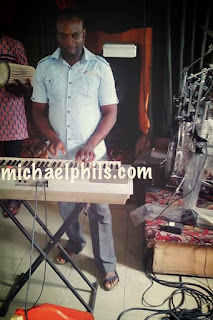 In music they are called notes; I hope you are following me oo, I’m trying to make a point here
A  B  C  D  E  F  G  A
The letters above are the notes that we have in music, but all these notes have some notes they are hiding in their rooms, I would come back to that later. Let me continue to make you understand my previous point.
In English a combination of letters form words. In music a combination of notes form “Chords”.
When you are in church and you hear the more than two or three notes at the same time, that thing he played is called a chord; or maybe when you are listening to a guitarist singing and playing at the same time, the sound that comes for the when he strikes three or more or even all the strings at the same time is called a chord.
Now let us combine notes together to form a chord.
C E G
That is a chord, remember that in English language, you don’t just pick random letters and join them together and say you’ve formed a word, the word might not exist because there are rules guiding it.
That is exactly how it is when we are talking about chords, there are rules guiding the way we form our chords, we would come back to them later.
Now if we combine correct words in English language, we would have a sentence. But in music if we combine chords we would have a “Chord progression”.
Look at this illustration below:
The    guitar    is     mine   =    sentence
What we have above is a combination of words to give us a sentence.
A C E        F A D          C E G        G B D     =    chord progression (it can work for Asa’s jailer)
LAh           fah              doh          soh
Now the combination of the chords above gave us a chord progression, as it goes on and on like that.
That chord progression can work for Asa’s song “Jailer”.
s  l  l
l  f  f
f  d  d
d  s  s
Now for a little diversion, so you would understand the last section well, the letters
A  B  C  D  E  F  G  A
l   t    d   r  m  f  s   l
the “ l t d r m f s l “ are called solfa notations, they are used to sing the notes of music.
Tonic solfa is a technique for sightsinging, It is a system of naming notes of a musical scale by syllables which are the sounds the notes will produced if they are played on a musical instrument. 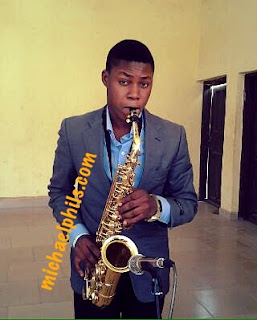 Solfa notations are meant to sing notes of music

Next: Lesson – Lesson 3: Keys of the Piano