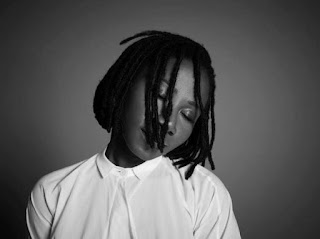 Growing up, Asa only had one friend; her guitar.
She carried it with her everywhere, plucked on it everywhere, escaped with it into her personal world, and created music. The art was her means of escape, and she chased it to the ends of the earth.

That art has paid off, and we have the mystery and performance juggernaut that we have now. But it wasn’t always like that. Asa had to go through the same route that most artists go through. That route involved sorrow, tears and pain. The emotions from that is what she has infused into her music.

A typical example of how these emotions fuel her music can be found in the story of how she got her first deal. The specifics of this story are not clear, but the singer shared some details during her ‘Asa Live In Lagos Encore’ concert which held on April 29, 2017 at the Eko Convention Center, Eko Hotels & Suites, Lagos.

The singer shared the touching story as an inspiration. Here it goes:

In 2006, Asa was a student in Paris. She was a regular student, with big dreams about using her music to go places and achieve. And then one day, she found an advert calling for talents to audition for a gig. She had prepared all her life for this, and showed up ready to kill the show with her talent.

But she was ignored. The original band members were rehearsing, and Asa was left to wait. She waited for the first hour, the second hour, the third hour and the fourth. The fifth came and left, and so did the sixth. But Asa persisted. She waited for a total of 10 hours just to audition.

She was tired, hungry, famished and exasperated. She was moved to tears, but held on. All she wanted was to perform.

“I was tired and hungry, and the emotions built up in me. They had completely forgotten about me. It was when they were packing up their equipment that they remembered me and called me to perform.” Asa said.

“I simply just poured all of that emotion into my audition and I got the slot to perform at the gig”she said.

On the day of the show, which was on a Thursday, Asa was given two minutes to perform. After honing her art ever since she was a child, it was a cakewalk. By the time she was done, 5 record labels were fighting for her signature.

She later signed to Naïve Records, and everything aligned until she released her critically acclaimed, multi-platinum selling, self-titled debut album “Asa”. That album is 10 years today.

In the end, everyone has their story. Great artists have a world of stories to share about their rise to stardom. And for Asa, these stories have created enough emotion to energize the music, and the fortitude to stay on the good path.

FROM SLUM TO STARDOM – TOUCHING STORY OF A Musician