Passing chords to spice up your chord progression 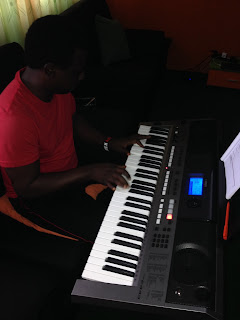 We are going to learn how to use passing chords to supplement our chord progression to make them sound more beautiful.

What are passing chords?

When talking about passing chords, we will be refering to chords like domninant chords, dminished chords and altered dominant chords but we will be dealing with the dominant 7th chord.

(This tutorial is in the key of C)

The chord is mostly used to transport up a fourth(fah) or it usually resolves up a fourth(fah). If you are confused about what a fourth mean then you will have to learn about the Circle of Fifths/Fourths first. Using the circle of fifths/fourths, you will agree with me that moving up a fourth will be

But when we decide to add in our newly learnt passing chord, we will look at those spots that we actually have to progress up a fourth and apply our dominant 7th chord there. Doing this , our new progression will now look like this.

Did you hear how interesting that sounded? try it and see and don’t forget to share this with a friend.