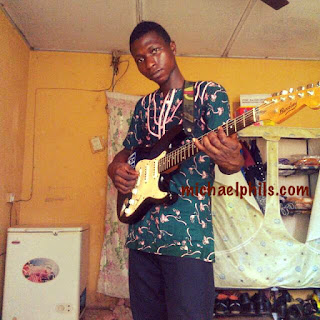 Lets take a look at this song sang by Lara George for example; “hallelujah”.

The chord progression of the song is

To get the bass line out of this progression, there is something we call “chord tone”

A chord tone is a note that can be played along-side a chord that would give a meaningful sound.

Another example: What are the possible chord tones for the 4 chord(F or fah chord):

Tip: just bring out all the elements of the F chord:

Now lets get back to business

We can choose to rearrange the formation of the chord tones in an order that suits us and that suits the timing of the song; we are free to even repeat some particular notes too

but if you are not comfortable with that shape on the guitar as a beginner, you can start with the very basic method by using the chord tones directly as they appear in the chord, see an illustration below:

Now that’s how you improvise, just make sure you are following the timing. The video is coming soon.