This post explains in detail how to play “You are the same” by Sinach. It contains the bass line and the chord progressions you can use to accompany the song with your bass guitar and piano respectively. So let us get started: 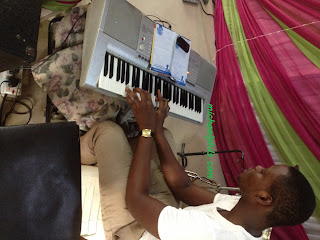 The intro and verse of the song have the same progression(the first part of the song):

In summary the progression is

doh soh fah (over and over again)

So when we get to the part of(The second part)

soh fah (over and over again)

Now lets get back to the first part to know what the bass guitarist was playing there:

The bass line for the second part of the song goes thus:

Final part where that reggae man was rapping with that his bass voice. The progression of that part is

Chord progression of “Yeshua Hamashiach” by Nathaniel Bassey in solfa

“No forget” by Adekunle Gold chord progression in solfa (Beginners)